Three Presidents and the 1938 Racial Laws in Italy

Investigating the impact of state law on sport management

If you were to go to a football match in Naples today, you would walk into the “Stadio Diego Armando Maradona”, an imposing building that, until last year, used to be known as “Stadio San Paolo”. But did you know that SSC Napoli used to play in a different stadium before the war? And did you know that that stadium used to be called “Stadio Giorgio Ascarelli” until 1934, when its name was changed to “Stadio Partenopeo” (literally “the stadium of Naples”)? And did you know that at the same time Renato Sacerdoti, one of the founders of AS Roma, was retiring from his position of team president? And that there is a team, in Piedmont, which has only ever one football championship, in 1914, under the guidance of Raffaele Jaffe, who was deported to Auschwitz?

To someone who is not passionate about football history, or who does not support SSC Napoli, AS Roma or Casale FC, the names of Giorgio Ascarelli, Raffaele Jaffe, and Renato Sacerdoti will probably be new, and the relationship between the three will not be clear. By looking at the stories of these three football managers, however, it is possible to investigate what were the effects of the 1938 Racial Laws across Italy.

The Giorgio Ascarelli stadium before and after changing name (Source: Wikimedia Commons).

Reconstructing the lives of the presidents: students as biographers

In the ready-to-use activity developed by history teacher Valerio Bernardi, the investigation is carried out by the students. Divided in three groups, they analyse a set of primary and secondary sources, including photos, letters, and book extracts. Based on the sources, each group of students reconstructs the biography of each of the three presidents, which they then present to their colleagues.

As it is to be expected, the lives of the three presidents present similarities and differences, which students will discover and analyse during their research and presentations. Several of these will allow students to better understand the diverse impact that the Racial Laws had on people and everyday life in Italy. In fact, Ascarelli, Jaffe, and Sacerdoti were all of Jewish descent, but the impact of the Racial Laws on the three of them varied greatly: from damnatio memoriae, to recanting of the faith, to the deportation to Auschwitz.

I chose the fascist period, because Italy was in a kind of Football “golden age” at the time (Italy won the World Cup twice in the fascist era). At the same time, it was a period of discrimination, especially against Jewish people and women. Some episodes of discrimination are quite known, but others less, especially those regarding the management of football teams.

I tried, thanks to the work of Adam Smulevich, to work on three stories of Jews managers of football teams that were important for the history of this sport in Italy. From the educational perspective, students will have the possibilities to work on direct sources and on life stories, linked with the national history of Italy. In this way students will be able to see how football history is connected with political and social history and how discrimination represented a problem also in sports yesterday as much as today

says Valerio Bernardi, the author of the activity.

Making the impact of discriminatory laws more accessible to students

This activity has been developed for 16-18 years old students, studying the history of the 1930s – 1940s and the impact of discriminatory laws on everyday life. By using a concrete example, it makes it easier for students to understand how a discriminatory legislation such as the 1938 Racial Laws in Italy impacts every aspect of the political, social, and cultural life of a country, including sports. To make the activity more accessible to students, parallels can be drawn between the examples presented in this activity and the impact of racist laws on local realities.

In short, you can use this activity if you have students that:

The activity can be used also in combination with civics classes, to help students discuss and understand the value of democracy and develop social and civic competences such as respect and empathy. 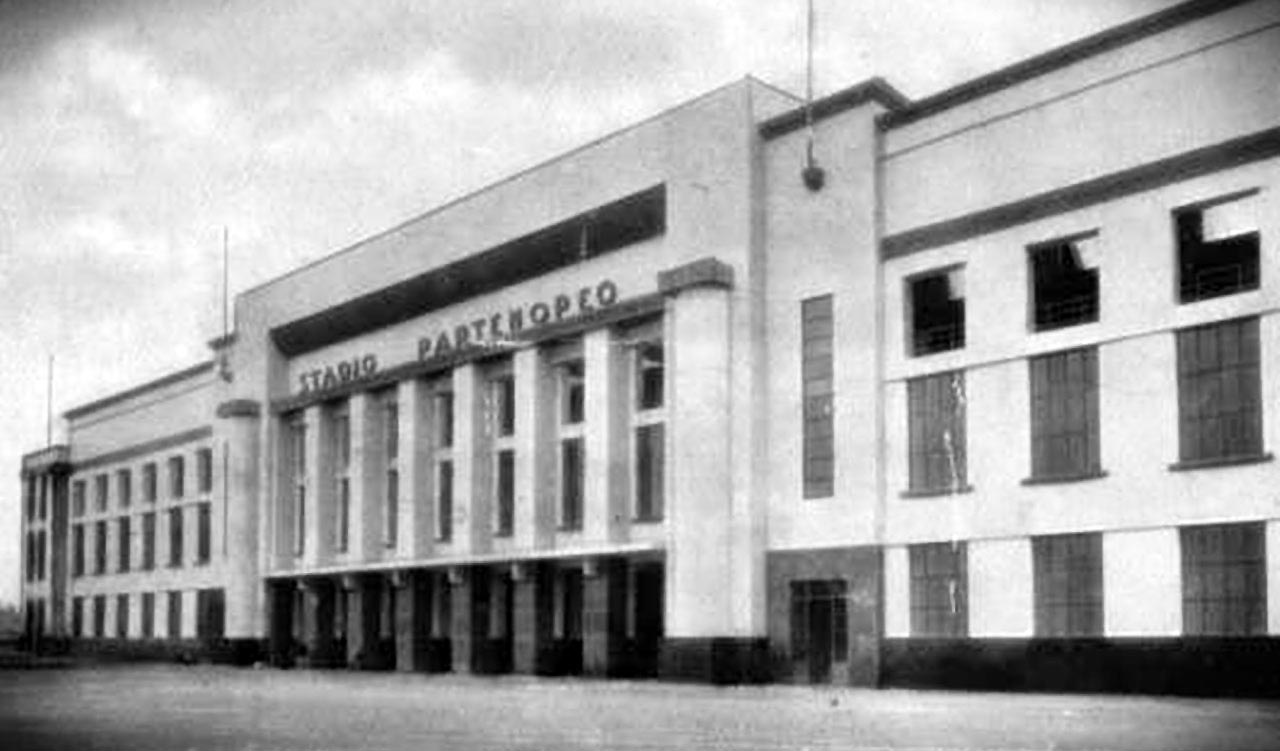 The new front facade of the stadium after the name change (Photo: Wikimedia Commons). 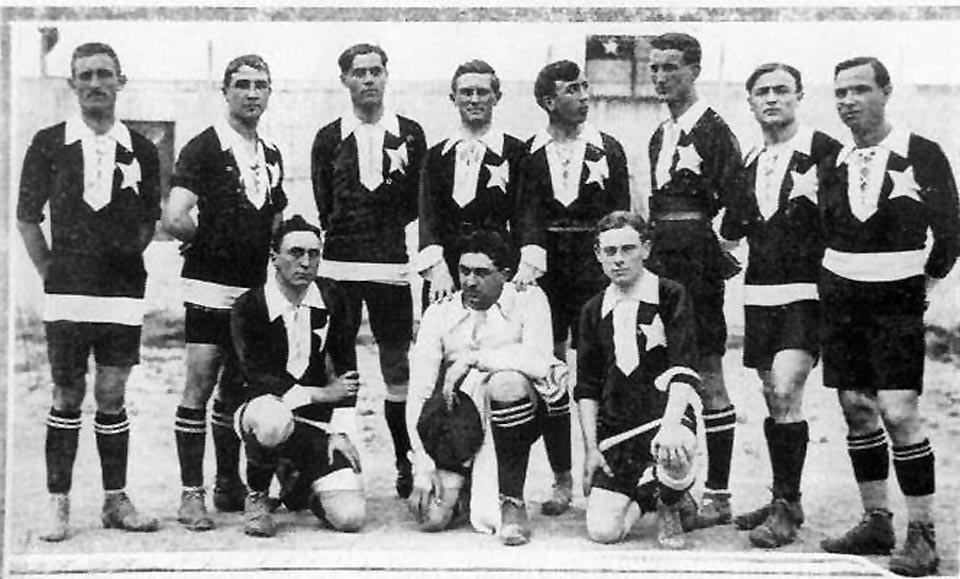 You can find the Learning Activity “Three Presidents” on Historiana. If you want to learn more and take a deep dive into the life stories of Giorgio Ascarelli, Raffaele Jaffe, and Renato Sacerdoti, as well as into the history of the Racial Laws in Italy from a sports perspective, check out the book “Presidenti. Le storie scomode dei fondatori delle squadre di calcio di Casale, Napoli e Roma ”, by author Adam Smulevich.

If your students enjoy working in groups to reconstruct the life stories of people from the past, then check out also our activity “Disappearing from Football and the World”, which focuses on Arpad Weisz, who was a football coach in Bologna and fled to the Netherlands to escape the Racial Laws (you can find more information about it here).

Disappearing from football and the world

Analyse and connect historical sources to learn about Italian fascism and the history of Europe in late 1930s – early 1940s.

Gottfried Fuchs: The One who got away

Gottfried Fuchs was a powerful centre-forward and a goalscoring machine. his career was interrupted by war, twice. He emigrated to Canada never to return. His story is one migration.

Football player in resistance to fascism.

We. We are the best

Helping students define nationalism by looking at photos of football matches and reflecting on the main expressions of it in the stadiums.

How is the gender pay gap reflected in women’s football and what can be done to change it? How do we help students reflect on this?

How did football evolve over time in both the Congo and Belgium? How has football (environments) been used beyond playing a sport? This is a learning activity to help students explore these topics.

Spread of football as cultural history

Students can explore 19th and 20th century global history through the cultural spread of the game.

We. We are the best

Helping students define nationalism by looking at photos of football matches and reflecting on the main expressions of it in the stadiums.

How is the gender pay gap reflected in women’s football and what can be done to change it? How do we help students reflect on this?

How did football evolve over time in both the Congo and Belgium? How has football (environments) been used beyond playing a sport? This is a learning activity to help students explore these topics.

Spread of football as cultural history

Students can explore 19th and 20th century global history through the cultural spread of the game.

A class of high school history students in Oslo was asked to create an ideal starting XI line-up based on Human Rights. Find out why and how it went.

Pass, Shoot, Goal! Football in the Jazz Age – a review

A loving fan and musician put together his two passions and created this compilation of tunes from the Jazz Age.

Telling the history of a city through football stories: a celebration of Amsterdam.